Caring for our children in care with virtual communications 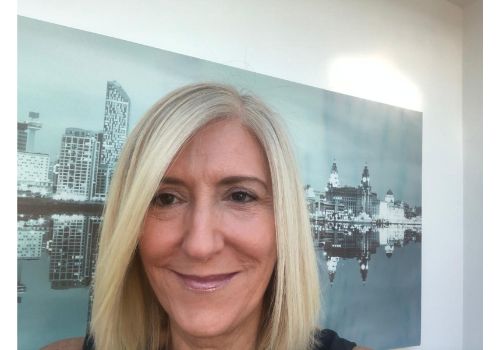 Meet Gill Guy-Edwards. A proud Liverpudlian yet equally proud to call Stoke-on-Trent her second home. “I’ve been blown away with the warmth and community of Stoke-on-Trent, it’s an incredible place with a real heart. They have adopted me,” says Gill. As Interim Strategic Manager for Corporate Parenting at the city council, this is a woman who knows all about adoption, all about fostering too. When a child comes into care the council becomes what’s known as, in Stoke-on-Trent and indeed elsewhere, the ‘corporate parent’ tasked with providing the best possible care.

Gill talks so passionately about “our children in care”, like they are her own children; she certainly has that same sense of responsibility towards them. She wants to give them a positive future and help them no matter what a poor start in life they might have had and the trauma they have gone through.

Our heroes are all our adopters and our foster carers

Like many of our nominations put forward to be a West Midlands #EverydayHero Gill herself is humble and quick to praise others, including her teams. “Our heroes are all our adopters, our foster carers and special guardians,” says Gill. Indeed there is a national shortage of people offering this sort of support for children and young people. In Stoke-on-Trent there are 944 children in the care system, 74% in foster care and 11% in residential children’s homes.  Gill’s 150 strong team of social workers, social work assistants, and personal assistants work to find solutions and have continued to make placements throughout the lockdown period.

They’ve been successful in getting more people to foster too – foster carers have more than doubled over the last year – partly due to an innovative recruitment strategy run by Stoke-on-Trent with coffee mornings, radio campaigns and a hard-hitting compelling film made with partners. As Gill says, “A lot of people rule themselves out as foster carers. Our messaging has been all about myth busting to encourage more people to put themselves forward; anyone can be a foster carer, you can be renting, you can be from the LGBTQ+ community, a single man, you don’t even need a spare room to be able to foster a baby.”

The lockdown has made the social isolation worse for people

Gill also manages the Next Steps Team who support care leavers aged 18 to 25. Each young person can tap into a personal assistant, to mentor and coach them on gaining their independence, on issues like training, housing, education, mental health and wellbeing. Gill says the lockdown has made the social isolation after leaving the care system feel worse; it’s had a huge impact on those starting out on their own. But like many of her areas of responsibility the value of online communication has really proved beneficial to support people during this time.

For other young people in foster or residential care the closure of schools has had an impact too with people not able to see their friends or other usual contacts. What Gill and her teams have been doing – based on risk assessments – is to work out which placements continue to need a face-to-face visit and which placements can be supported virtually. They’ve found that keeping in touch with young people using FaceTime and other technologies has been really successful. Many have responded well and some have really opened up in a virtual world, with better conversations. The innovations in technology and communications will stay in the future.

Fostering and adoption recruitment and training has continued online

Gill’s also been using technology to bring foster carers together. Usually face to face meetings are held quarterly in Stoke-on-Trent, but last week over 100 foster carers came together via a Teams video call. For the fostering and adoption service recruitment and training has continued online too – with virtual panels set up for approvals within a week of lockdown. WhatsApp and other technologies are being used to ask new carers to show their homes as they walk round as face to face visits haven’t been possible. And likewise in the Kinship Team that works with family and friends carers have done a mix of face-to-face and virtual assessments.

As Gill says, “We did really plan early, our Gold and Silver Command was in place at the beginning of March so we could start to think about how we would deliver the service differently. We began by using conference calls, then we found the benefit of Microsoft ‘Teams’, and we’ve been really pleased to see there have been some benefits for young people in our communications at this tough time too.”

As for lockdown lessons learned Gill says the extreme crisis has made her and her team really focus on what’s important and pulled people together in a way that hadn’t happened before. She’s also far more aware of the need for communication with her team to check in to see if they are ok, daily in the early stages of lockdown.

While Gill has been a social worker for 25 years her working life started at a market stall in Tuebrook, Liverpool. “I loved all the banter on the market”, says Gill, before working in a nursery for Nacro.”

Gill was the first in her family to go to University; Liverpool Polytechnic, as it was then, doing a criminal justice degree in her 20s, while working. Later she did her postgraduate qualification in social work specialising in children and family. She is a nana herself, with two daughters, one in studying at University, the other a nurse on a Covid ward.

Asked what’s she’s been missing in lockdown Gill is quick to reply, “the parties – any excuse to have a party and get people together. I am so looking forward to spending time with the people I love.” 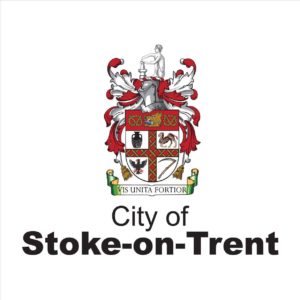